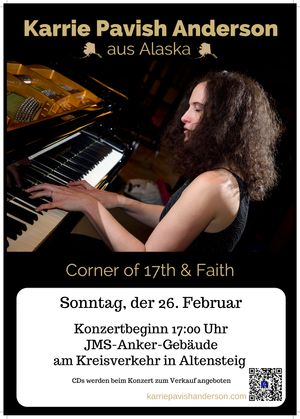 10/5-8 Bellevue, WA: FAR-West Conference
KPA Private Guerrilla Showcase performances are only open to those who register for the conference

10/15 Goldendale, WA: Maryhill Winery 1pm-5pm
Admission is free. Seahawks fans, this is a bye week, so come on down to this destination winery for their harvest celebration weekend - make a day of it!

10/20 Bend, OR: Aspect Boards & Brews 3pm-5pm. No cover charge, but there will be a tip jar to help fill the gas tank to the next KPA gig. It’s an outdoor show, so bundle up!

NEW ALBUM "Corner of 17th & Faith" available at all KPA concerts in Germany for 10 Euros!